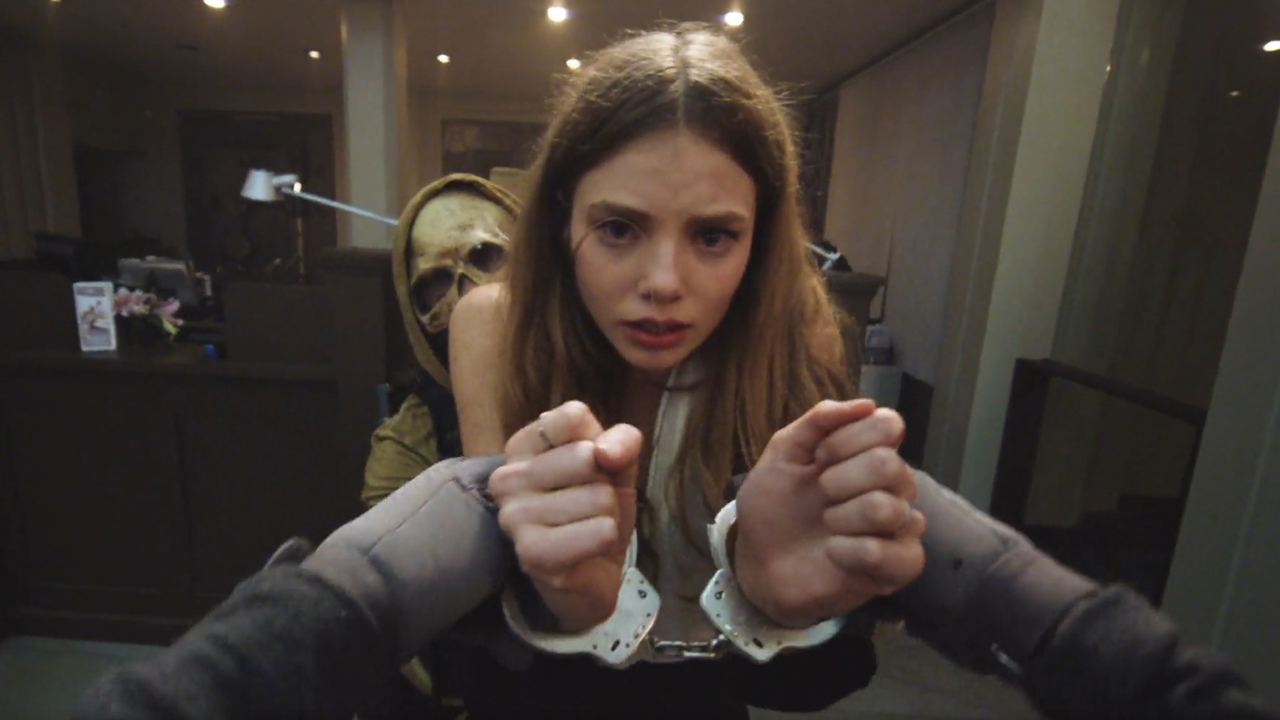 It has long been known that the link between music and image seems to be inseparable. With the improvement of technology, the creators of music videos try to take full advantage of their possibilities and create something unique.

Sometimes the content of a video overshadows the song itself. Directors are increasingly displaying the main message of the video indirectly, and in order to understand the essence of the video, it is necessary to not only use the art of interpretation, but also to keep track of the events in the world. If you think you have seen everything – we will disappoint you. We present 10 music videos which stand out not only because of their main idea, but also because of filming conditions, the script, actors, montage. The number of views on the videos is not very high, but it is irrelevant compared to the script and visualization itself.

DJ Shadow presented a mind-blowing music video for the song ‘‘Nobody Speak’’. The plot of the video is a meeting of elite international politicians. World leaders start a rap battle against one another, which, after 90 seconds, turns into a resistance that involves almost all participants in the meeting room. The video ends with one political leader ready to impale a colleague with an American flag. “We wanted to make a positive, lively video that would best reflect politicians during election time,” says DJ Shadow. Video Director – Sam Pilling. The clip was filmed in three different parts of the world – New York, London, and the Ukrainian House of Fine Arts in Kiev.

Feminism is becoming more popular around the world: Saudi Arabian group’s Majedalesa song ‘‘Hwages’’ warns the USA about what Trump’s presidency means for women. Saudi Arabian artist-director-editor Majed Elas scandalously made his homeland famous by creating a video where hijab-clad women dared to freely ride a skateboard, play basketball, drive, even though that is prohibited by their law. The video creates a world in which women do what they want to, despite of men’s efforts at controlling them. Later, this video shifts from criticism of men’s behaviour, to one specific person: Trump, the elected President of the United States.

The performer Jamie XX shared the music video “Gosh” which was taken from his outstanding album ‘‘In colour’’. In the video, as many as 400 young people take to the Chinese city streets until they return to the Eiffel Tower. This video stands out from most as there were no special effects used in the filming of the clip, everything that we see in the video is reality, not a montage. Also, all 400 of the youth’s hairstyles in the video are identical, hairdressers had to dedicate quite a bit of time and effort into doing them. Video director – Romain Gavras.

In 2016, Coldplay released an outstanding video, which is made up of many layers of images, and band members perform the song in various landscapes and locations. One of the locations featured in the video is the Croatian mountain range ‘‘Biokovo’’. A writer from the ‘‘MTV UK’’ website claimed that the video is ‘‘strange and amazing in every way’’, but at the same time ‘‘”magically irritating’’. The footage and video effects for the video were created by a Ukrainian-based visual effects company ‘‘GloriaFX’’, led by Anatoly Kuzmiecki and Max Colt. Coldplay’s founder and lead singer, Chris Martin, called the clip one of the best videos ever created. Video Directors – Vania Heymann and Gal Muggia. Coldplay – ‘‘Up & Up’’ received a Grammy for the Best Music Video.

The plot of the music video of ‘‘False Alarm’’ by The Weeknd is a bank robbery. The video is interesting because the action is shown through the eyes of one of the robbers. This idea helps us feel more involved in the action, the viewer can feel like they are part of the heist, that they are shooting people, throwing grenades. The main hostage in the music video is Norwegian model Kristine Frøseth. Russian-born Ilya Naishuller directed the video. Before the clip starts, viewers are warned about graphic violence in the video’s content which can have a negative effect on sensitive viewers.

Tom Odell’s music video ‘‘Here I Am’’ was directed by George Belfield. The main character in this clip is U.S. actor, director, scriptwriter, producer and sentimental song performer Kevin Spacey. The plot of the clip: Spacey is wearing an orange blazer, is walking up a flight of stairs. After reaching the next floor, he finds a boy who is throwing bills down, leaning over the handrail. Suddenly, a man runs by on that same floor, he pushes Kevin as he descends the stairs. When the main character reaches another floor, he sees many lights, it seems that there is a party in the apartment. However, he fails to enter the party – the door shuts right in front of his face. K. Spacey continues to climb up the stairs, and the action continues monotonously: the same boy, the same man running by, the same party. It seems that the main character is stuck in a routine that he can’t escape out of.

7. Moby & The Void Pacific Choir – Are You Lost In The World Like Me?

Moby & The Void Pacific Choir show the terrifying reality of the technological era in their animated music video. In the clip, people are addicted to smartphones, computers, and to other modern gadgets. Engulfed by the content of their smartphones, they don’t notice reality anymore, they don’t see what’s happening around them. The most important goal – to capture everything with their smartphone whilst ignoring reality, and being just a grey mass. The video was released in 2016, it’s director is English animator Steve Cutts. The video was nominated in the film and animation category of the ‘’Webby’’ awards and won.

The plot of the video is quite unusual: Estonian Tommy Cach is invited to visit Russia. Instead of a trip to the popular foreign tourist attraction, The Red Square in Russia, the guest is greeted by a tank, a small woman dressed in national clothing, and, of course, a gangster in a red tracksuit and a bottle of vodka in his hands. After these events, the video’s plot becomes absurd, ex.: twerking next to a herd of goats, character’s strange actions in a sauna, a small essence of the film ‘’Fast and Furious’’, and ultimately – a wedding. Directors: Ilya Prusikin, Alina Pasok, Tomas Tammemets.

9. The Avalanches – Because I’m Me

The music video for the song ‘’Because I am Me’’ showed up with old school NY visual elements. The video shows a cute child’s attempts at attracting the attention of a metro station worker. As the child is singing the song, street dancers and a group with various instruments join him, bringing more life into the boy’s performance. The video was filmed in New York City’s metro station, director Greg Brunkalla.

Many missed out on the fact that in 2013 an attention-grabbing video clip was released, MeTube: August sings Carmen ‘Habanera, directed by Daniel Moshel. Plot: a person is surrounded by conservative 70s interior design details: the portrait of Marie Kalla is hung on the vintage print wallpaper, a cassette player is playing ‘‘Habanera’’ from the Bizet opera ‘’Carmen’’. The main character, tenor August Schram, calmly mimics the singer until his mother gives him a glass of milk and a sandwich. Then an old, tied up pianist who is sitting in a wheelchair, visually disrupts the whole environment. The main characters and their setting break reality’s limits. Who is in control – the mother, or the son – remains consistently ambiguous. Like the various layers of Schram’s personality, the camera filters are above the frame: Schram, as if from above, sets a different filter, after which the environment changes: Schram dressed as Carmen, surrounded by men with latex costumes; Schram as a bleached blonde, standing among young women wearing cat costumes. At least on the Internet, identities and body images are diverse. As a result, ‘’MeTube’’ becomes a fetish machine, while home-made production becomes a professional music video.