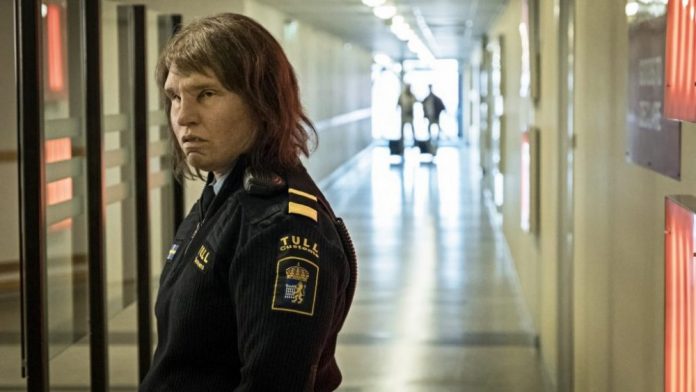 In the Un certain regard section, at the 2018 Cannes Film Festival, the film Border (Gräns) won the award. The film was based on the John Ajvide Lindqvist book and directed by a Swedish, Iranian-origin, Ali Abbasi, who chose this book because this writer ‘knows how to bridge the gap between reality and fantasy’. He added: ‘I’m very into a public sight from a parallel universe point of view and the cinema is a perfect fit for it’.

Border is an extraordinary production, incomparable with any others. Nowadays, when the film industry is empty of original plots and has to copy casual plot schemes, this film has a high value. The good thing is that even the specialists get confused sometimes when understanding that the measures for evaluating and analyzing this movie are not enough. It’s not simple to say, what kind of a genre Border is – absurd comedy, horror fairytale, terrible thriller, original romance, social satire, philosophical parable, ecological disaster, and much more intertwines. At the Cannes Film Festival, the director said: ‘Not so rarely we face things like these. Let’s say, we are listening to Wagner’s opera: violence, romance, odd humor, grotesque elements intertwine there, and all of this creates a whole composition.’

It’s easy to agree with the director even when he calls his Border ‘a very European film’. ‘If Japanese or Americans made a rework of this, it would be absolutely different.’ 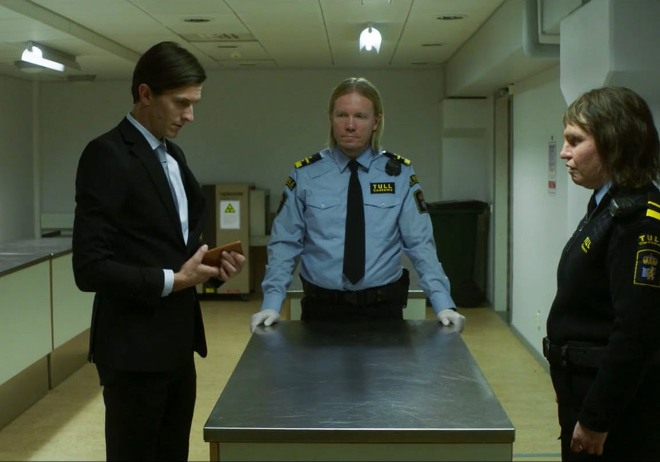 The main character of the movie Tina (Eva Melander) works for the customs office, at the Stockholm airport and meets the visitors which arrive by ferry. Woman with odd facial features is irreplaceable customs worker, who can spot even petty smuggling.

Tina has an extraordinary skill not to only smell forbidden goods (even child pornography in a USB) but also people, who are about to commit a crime, smells of fear, shame, and guilt.

Everyone, who has to pass the customs, notes Tina. It is even impossible not to notice her, because this woman doesn’t fit any beauty canons, especially to the ones that have been formulating by the beauty industry and commercialized cinema for decades. In Karlovy Vary International Film Festival (Czech Republic) the director said: ‘Do we see many ugly people in movies in main characters, nowadays? We have a very odd aesthetic perception of how the main characters of movies shall look. The cinema taught us that only a little part of people meets this standard, but we all know that reality is absolutely different. I wanted to create a love story for ugly people.’ 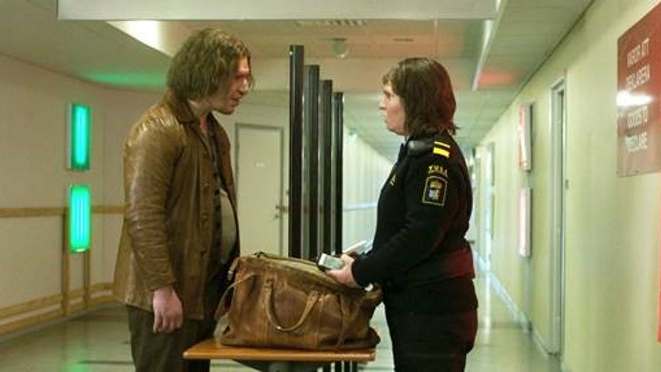 Of course, it’s only one of all aspects of polygonal Border. And even not the most important one. We have seen films with the characters, that do not even meet ordinary standards and mostly, productions like these, do not miss an opportunity to somehow highlight, that people shouldn’t make an opinion about a person because of his looks and that all people are equal, not depending on how they look. If in this film, wouldn’t be anything more, we would have one more example of a perfect tolerance test. But for the director Ali Abbasi it would obviously be too easy, and, apparently, a trifling task.

Very soon, the director from life’s reality will bring the otherness topic to more profound contexts. Their outlines will start to brighten up, from the moment, when a well-memorable looking man Vore, which reminds of a character in the human evolution illustrations, published by Ch. Darwin. Straightaway they saw each other, Tina, with that never-changing impassive face expression, and Vore, who do always look at others with a sarcastic smile, feel something much more important, than that, what’s called the love from the first sight or the chemistry between two people, in melodramas. It seems that the weird stranger knows more about Tina than she does.

Both characters from the Border are like children of nature. Tina does even live in a treehouse with a friend who breeds fighting dogs. The girl likes to walk barefoot (sometimes even naked) in the forest, and seems to understand the ones that live there. Vore, who’s the most delicious dainty is beetle larvae, is also able to make a peculiar contact with animals at a physiological level.

An attentive viewer starts understanding how these two are connected, at the very beginning. Meaningful details about both characters’ bodies peculiarities suggest that both, Tina and Vore, are not just ordinary people, who were born ugly, but… here, I must stop to not to ruin a joy from the viewers, when watching this film. A sneak peek – everything, you knew from the Scandinavian fairytales about elves and trolls, will come in handy when watching this film.

Looking for the self-identity in a modern world is a deep issue that is shown in various films, in which the characters dramatically deal with a sudden truth when finding out about their ethnic or transgender identity.

The Border is absolutely one of the most significant contemporary cinema productions, which demands the viewer not to stop in the middle of a road. As philosophers teach us, that not an ultimate goal is important, but the journey towards it, is.

Related Article: ‘’The Lure’’ of a psychedelic cabaret show