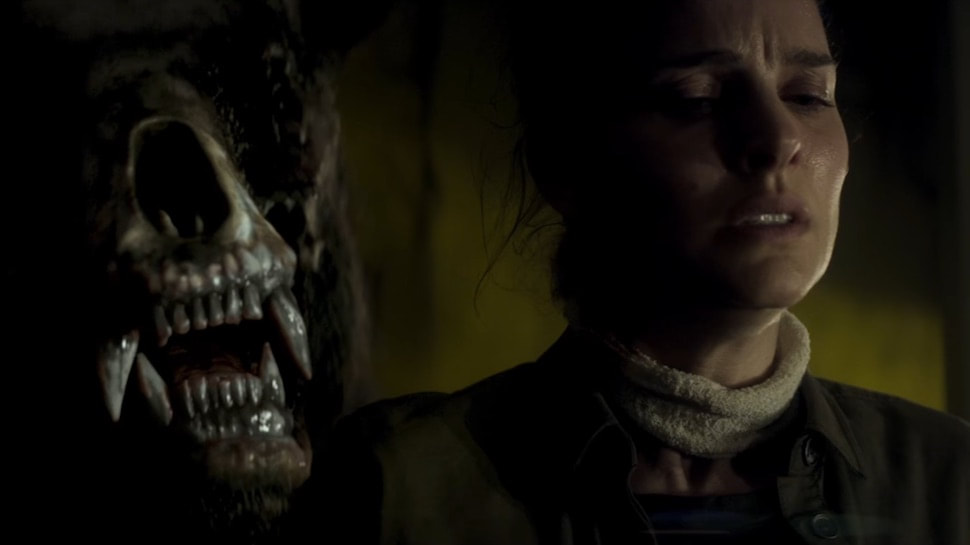 “Annihilation” true pleasure for sci-fic geeks. It is written and directed by Alex Garland, who is known by his masterpiece “Ex Machina”. Director unites science fiction with stunning visuals and a little bit of horror and portraits female scientists fighting for survival in a mysterious new dimension. The biggest theme of the story is self-destruction.

It is based on Jeff VanderMeer’s best-selling Southern Reach Trilogy. The movie was sold to Netflix and it is similar strategy to the one behind the surprise launch of “The Cloverfield Paradox”. It is a movie about biology, evolution, co-dependence and a moment when people start losing themselves. It is meant to linger the viewers’ mind.

The main character is Lena (Natalie Portman). She is a biologist and her husband (Oscar Isaac) is missing. He went on a mission and haven’t come back in a year. Lena is struggling to move on when suddenly he returns home. Lena finds hope again that everything will be ok and normal from now on. But he is not behaving in a usual way, his actions turn into something more destructive. The meeting of the two of them scene is being interrupted with a quick flashback in which we see a playful, smiling Kane, so the viewers will know and understand that something is not right with Kane. He is being hospitalized. But on the way to the hospital, strange cars stop the ambulance and takes Kane. Lena is being taken away with him to a place called Southern Reach – a research facility a few miles away from strange lighthouse.

Later Lena finds herself in a strange cell and she is accompanied with a psychologist Ventress (Jennifer Jason Leigh) who informs her that Kane’s mission took him inside the “Shimmer”, a weird expanding area, a quarantined zone that has taken the lives of everyone who has entered, except him. She and other scientist have been investigating it for three years. When someone goes into the Shimmer, there are no radio signals. Doctor has an idea that when people pas the Shimmer, something kills them or people go crazy and kill each other.

Lena soon joins a new mission to find out what is inside the “Shimmer” because she is desperately in need of saving her husband. She is accompanied with well-trodden group off experts and soldiers. Interestingly, all 5 members are women. With no compass, no comms and no coordinates to guide them, women start their expedition. It may be kind of a suicide mission. Everyone that voluntaries for this mission know that there is a strong chance of them not coming back.

The movie is remarkably uncommon, because it revolves around intelligent characters reacting intelligently to supernatural events. The team is made of problem-solvers who remain practical and there are no signs of banal, cliché women image.

Cass (Tuva Novotny) says that no one would participate in this kind of mission if their life was in completely harmony. Josie (Tessa Thompson) was scaring herself, a long her arms with intention to feel something, Anya (Gina Rodriguez) was suffering from addiction and drugs abuse and Cass tells that she herself has lost a daughter to leukemia. The psychologist was dying from cancer.

All characters show signs of self-destructive behavior. However, Lena was there because she knew that she owned her husband. Why? Let’s keep this one a secret.

At one point of the film, psychologist says: “Almost none of us commit suicide and almost all of us self-destruct. In some way, in some part of our lives. We drink, or we smoke. We destabilize the good job. Or the happy marriage. These aren’t decisions, they’re impulses. In fact, you’re probably better equipped to explain this than I am. You’re a biologist. Isn’t self-destruction coded into us? Programmed into each cell?” This reveals one of the biggest themes of the movie – self-destruction.

The story is told through an efficient series of flashbacks and the image of what is happening now – a scientist is asking Lena how she survived and came back from the “Shimmer”. Soon enough we learn that the nature of the “Shimmer” is a wall of light that looks like rainbow swirls.

As the team crosses that threshold, a fascinating setting for a sci-fi reveals slowly. This is not an alien planet but there is a great sense of danger and some sort of biological aberration. The movie is intense and makes the viewer question, what is going to happen in few moments?

“Annihilation” is a beautiful blend of sci-fi and horror and it is very unusual. The sounds are spectacular, visual images and effects are incredibly well done. The director smartly shows all the information – he will often show one thing and then subvert it with the next image. This way is a wonderful way to tell a story about duality.

The ending leaves enough open space for discussion. It is a movie that will make every viewer have his own opinion. Maybe the questions are better than the answers?

This is an intelligent films that asks great questions and refuses to provide easy answers. It is more than visuals and it will shock, fascinate and haunt audiences.