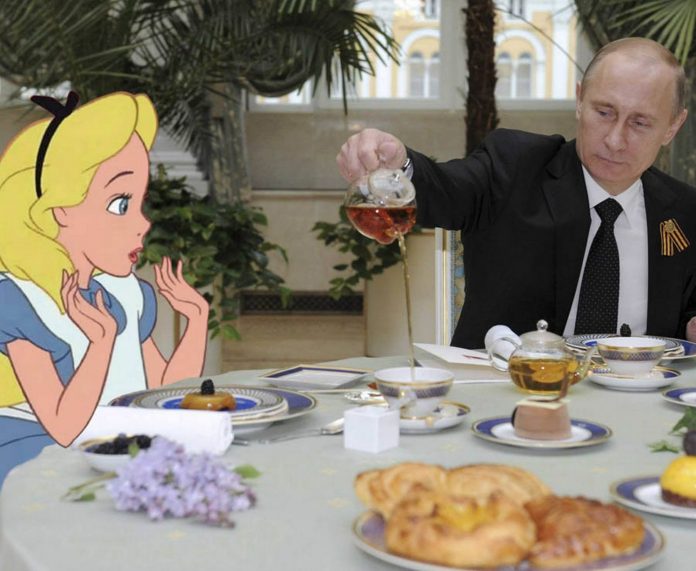 Another collusion story by Kremlin had shocked the world – one of the fiercest Putin’s critic Alexei Navalny has been poisoned. The Kremlin, of course, stays silent about this incident and denies any responsibility, and besides that, they do sincerely wish him to get well. Political murders, assaults, and persecutions are getting the most decent ways for Kremlin to hold unlikable persons’ tongue. And the poison is getting a calling card of the Federal Security Service of the Russian Federation (FSB). Let’s overview the best-known poisoning and murdering cases, executed by the Kremlin regime. 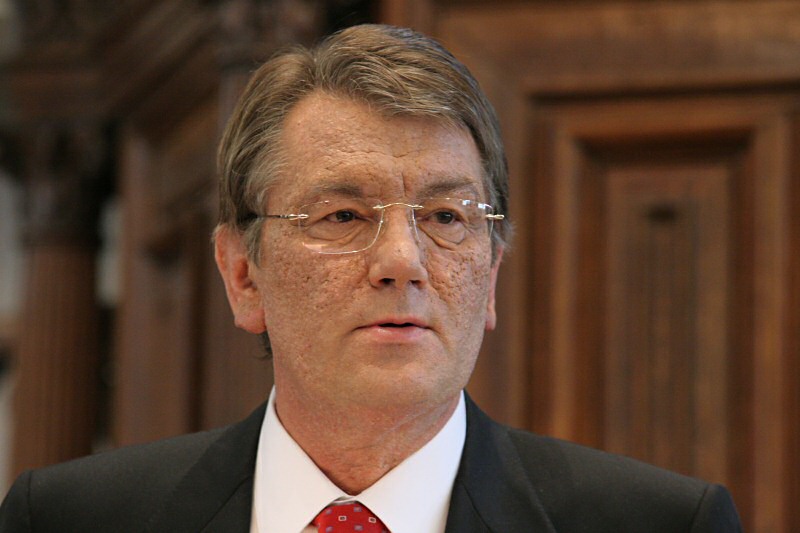 One of the first public known poisoning cases took place in 2004 when the first post-soviet and pro-Western President of Ukraine Viktor Yushchenko became a target by the attempt to poison him and his face was disfigured by an immense dose of dioxin, a toxic chemical. A blood test was immediately taken for the president and it showed an immense concentration of dioxin. It is thought, that the poison might have been ingested with food. Despite the disfigured looks and long-lasting treatment, Yushchenko defeated the pro-Russian henchman and was elected president who laid the foundation for the actual independence of Ukraine. No surprise, the Kremlin did not accept its fault in poisoning Yushchenko. The president itself has once said that his ex-friend David Zhvania, the godfather of his younger son, might have been implicated in carrying out this crime, but Zhvania also denies his fault. 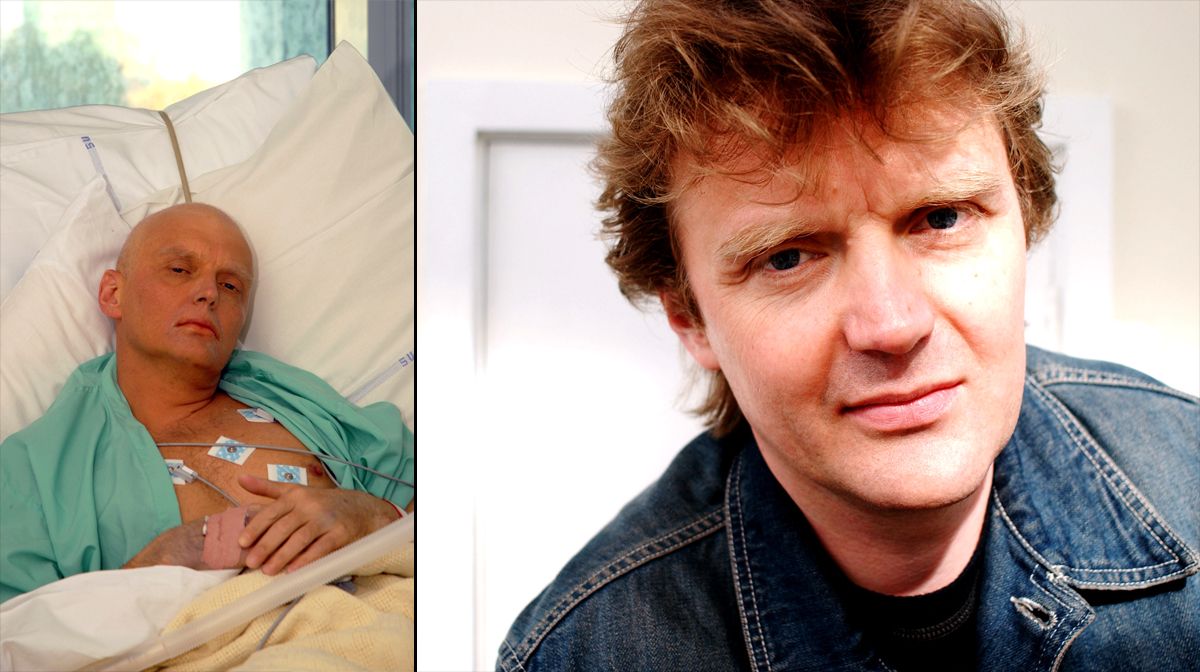 A few years later, another dreadful political assault was executed. This time it happened in November 2006, when it was attempted to kill Alexander V. Litvinenko, a foe of the Kremlin and a former spy and Russian K.G.B. officer. Litvinenko has publicly accused President Vladimir V. Putin of attacking civil Russians and provoking armed conflicts. Litvinenko was poisoned by the radioactive isotope polonium-210, which has been administered in a cup of tea, which he took, at one of London hotels. During the accident at the hotel, he was with Lugovoi and Kovtun, but later they both denied any responsibility for the death. Sadly, any treatment could not heal a poison-destroyed alimentary canal and Litvinenko died in terrible pain. After the death of Litvinenko, Britons began an investigation and determined who had committed the crime. Certainly, neither Putin nor the government of Russia or special services did not accept any responsibility for this murder. 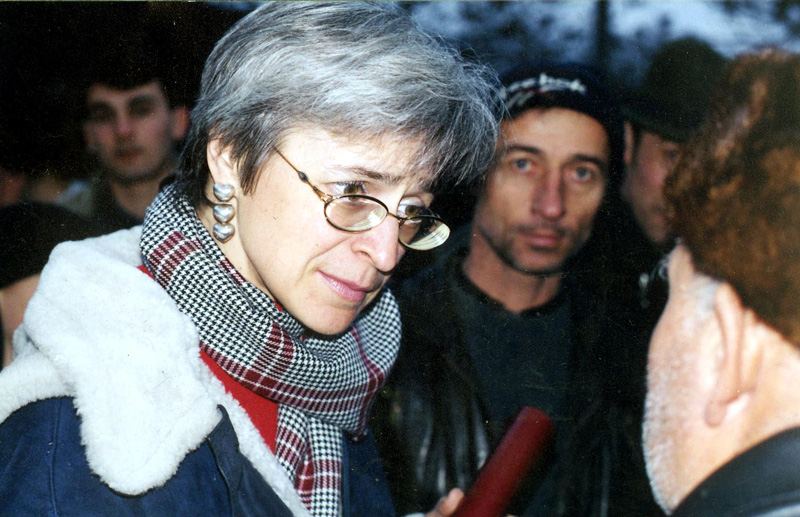 During the same year, 2006, the Kremlin regime executed one more bloody attack. The representative of investigative journalism A. Politkovskaya, which specialization was corruption and breaches of law, wrote a lot about the Chechen–Russian war and it certainly was not handy for the Kremlin. The journalist was poisoned even a few times. Once, she was poisoned on a flight. On the 7th of October, in 2006, when the birthday of Vladimir Putin was, Anna was shot dead in the entryway of her Moscow apartment building. This dreadful murder seems to be committed as a birthday gift for the dictator. Five men were sentenced to prison for the murder, two men were given life sentences. It is known that one of them has already died in prison and others got shorter sentences and were acquitted later. Despite the investigation and court processes that took few years, it is still unknown, who ordered the assassination and it increased the concern of the West and the critics in Russia about how the law is followed in the country and that everything is corrupted and all the secrets are hidden behind the more powerful figures. 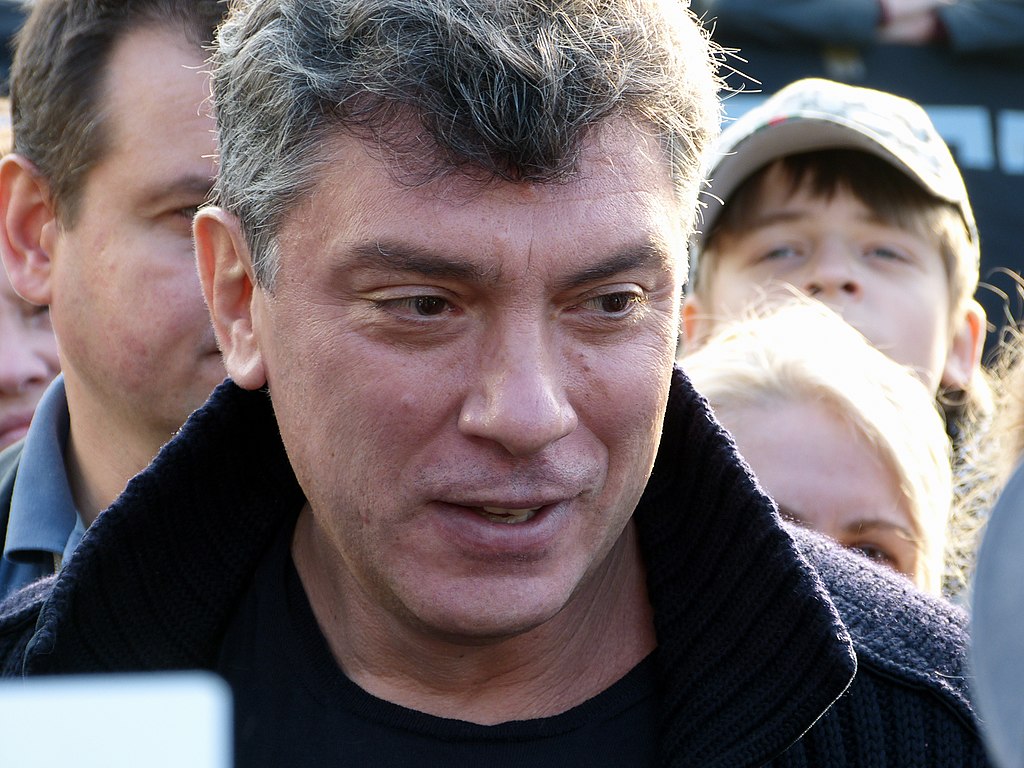 The regime did not stop after these crimes. In 2015, one more attack was executed against the politician and public man Boris Nemtsov.  At the time he was one of the most prominent opposition leaders in the country and of the most famous critics of President Vladimir Putin. Boris was shot a few times in the back by an unidentified attacker, when he and his girlfriend were walking down the center of Moscow, after the dinner at the late night. Nemtsov died right after, but, luckily his girlfriend ran away without getting injured. This assassination caused a great rage in Russia because everyone knew what is behind this bloody assault. Alas, no one took responsibility just like in other cases too. 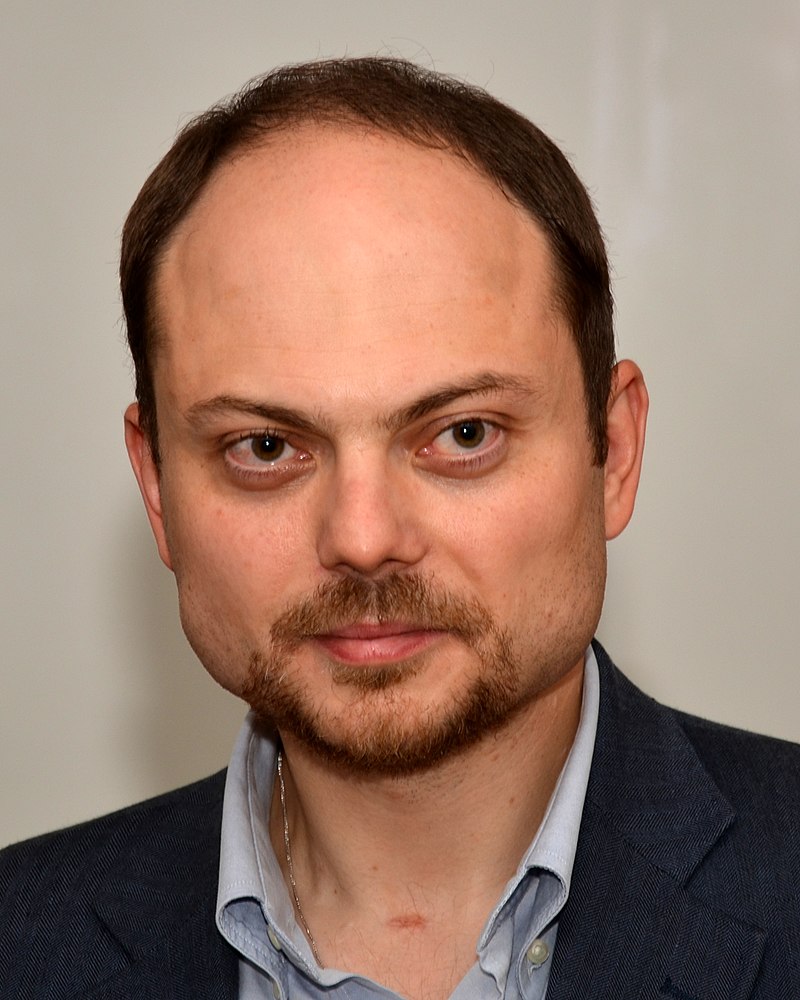 During the same year, one more poisoning occurred. This time, the victim happened to be a Russian activist Vladimir Kara-Murza. The 33-year-old who was completely healthy before, but felt ill and was rushed to a hospital, where he spent nearly a week in a coma and was diagnosed by a chronic renal insufficiency. He was completely healthy and did not have any chronic diseases before that, Vladimir’s father confirmed, but suddenly, his kidneys stopped working, which is really suspicious. Certainly, it was thought that he was poisoned, but the substance, which disrupted proper kidney function, left unidentified. Vladimir Kara-Murza was a close friend of a Kremlin critic Boris Nemtsov and an important opposition politician in the relations with the USA, which might have had an impact in this case. 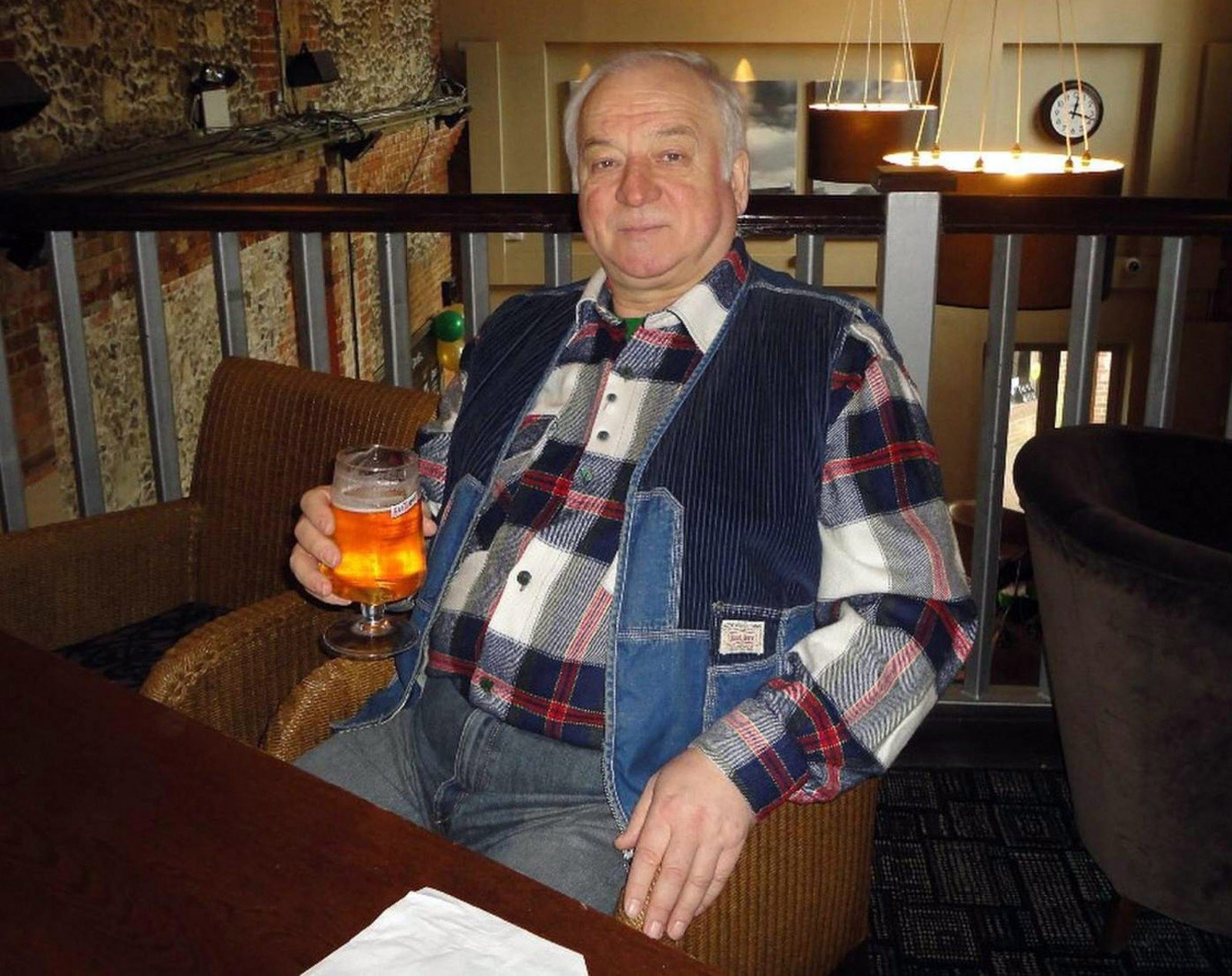 A few years later, in 2018, one more act of poisoning occurred of a couple of victims this time. The victims of the incident became a former Russian military intelligence officer Sergei Skripal and his daughter Yulia Skripal. They were poisoned with Novichok (‘newcomer’) – a chemical lethal nerve agent, created in the Soviet Union. On the 4th of March, Sergei and his daughter were found collapsed on the bench, near one of the shopping malls in Salisbury. Sergei Skripal and his daughter Yulia have survived, but the relations between the United Kingdom and Russia got a lot worse. Britain began an investigation straight away and identified who had committed the attack. The Kremlin denied all the facts and did not take any responsibility in this case. 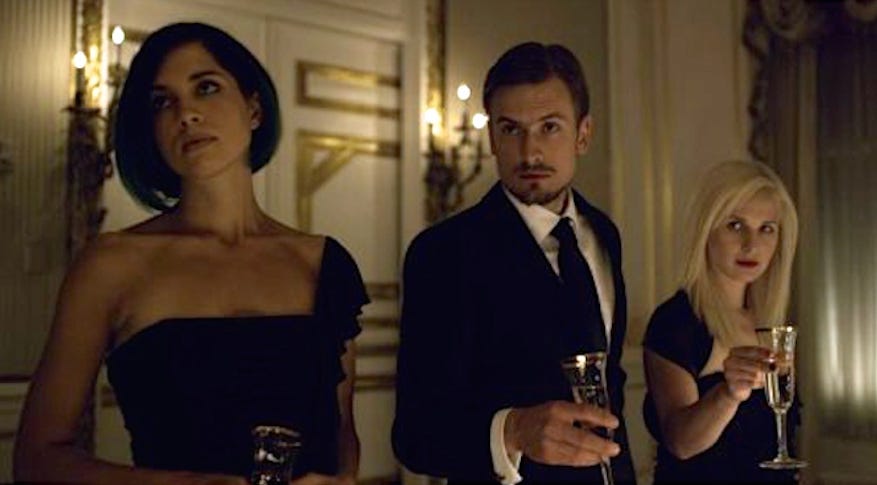 The Kremlin was not over with famous politicians and public men. On 14 September 2018, Pyotr Verzilov, the activist of the Russian protest band ‘Pussy Riot’, was hospitalized because of a suspected poisoning with a large dose of medicines. In his opinion, the assault was definitely made by Kremlin security agencies and the order was given by one of the heads of the government. He was flown to Germany, where doctors confirmed he was poisoned. It is thought that Verzilov was poisoned with the same agent as Navalny because he felt the same symptoms. Verzilov was targeted by the security after he and a few other ‘Pussy Riot’ members disrupted the World Cup final by running onto the pitch, during the 50th minute of the Croatia v France match, at the Moscow Luzhniki Stadium. The match was watched at the time by the President of Russia Vladimir Putin and other world leaders, including the President of France Emmanuel Macron. Verzilov was sentenced along with other members to 15 days in jail. Yet the persecutions were not over as Verzilov suddenly felt ill and the reason was the poisoning with anticholinergics. Verzilov got unwanted attention because he did not avoid to criticize the government and to search for compromising information.

How terrible it is when a state of dictatorship can assault with politicians and public men who do not come in handy. All these cases prove that there is either no freedom of speech or conscience in Russia and criticizing the Kremlin guarantees a rapid assault.