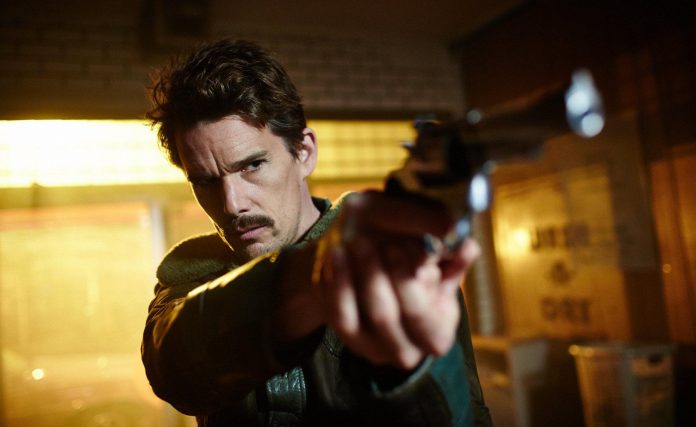 The complex chronology of events, that change throughout the film, goes through several different twists of fate, that determine the lives of the main characters. If you are a person interested in thought-provoking movies and an unpredictable storyline, Predestination – a science fiction thriller made in 2014, written and directed by Spiering brothers Michael and Peter – is exactly what you need. The movie is based on the short science fiction story “-All You Zombies-”, by Robert A. Heinlein. The stars of the film Sarah Snook, an androgynous writer known as “The Unmarried Mother” and Ethan Hawke, a time-travel agent and “The Barkeep”, are two main characters in the movie that are related to each other in a rather unusual way.

The movie starts with no image, only a black screen is visible, and the monologue of a man is heard, followed by a short scene, that can only be understood after seeing the whole movie. After the introduction, the story takes place at the bar, where the bartender approaches the visitor and begins the conversation. During the conversation they bet, that the visitor will tell the best story the barkeep has ever heard, and that is how the story of one of the main character’s life begins. The story of the character’s life is simply extraordinary, and at the end of it everything suddenly changes. The bartender offers the visitor the opportunity to take revenge on a man who has destroyed his life. When the visitor accepts the proposal, he is introduced to the time-traveling, which is the main theme of the movie, and the full story of the film begins, leaving the audience speculating what happened after every scene. 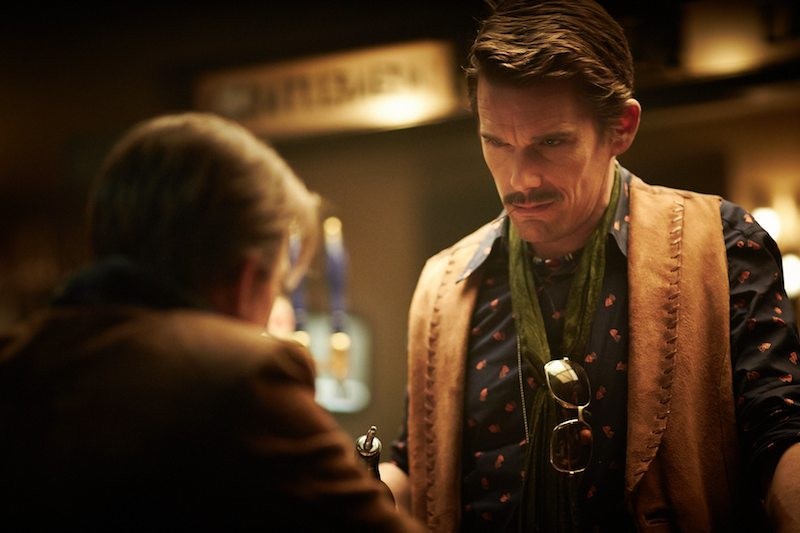 Taken into account that the main theme of the film is time-traveling, all the characters in the movie are visually compatible with the represent time period. The film starts in 1970, and all the characters are dressed in popular clothing at the time: denim and leather jackets, earthy colours, and men’s berets are mostly seen. The outfits of the characters change, at least minimally, depending on the time period they travel to, yet clothes are not exclusive and do not feature bright colours, in order to blend in and not draw the unnecessary attention. The violin case is being repeatedly featured throughout the movie and represents a portable time machine. Considering that it is not a regular suitcase, but an instrument case, the protagonist with the phrase “I’m gonna play the past” offers an interesting idea, that the time machine is made in the form of a violin case not by accident. In fact, time traveling can be interpreted as playing: the lives of the main characters are aligned as a symphony and cannot be changed even if wanted to.

In the movie dark colours are mostly used, in order to create a gloomy, unfortunate image of characters’ lives. The story begins in a barely lit bar, at night, with brighter colours appearing only when memories are shown. In general, most of the film’s story takes place during the night time, and in one of the more important scenes of the movie, rain also contributes to creating a tense mood. The main scenes of the movie mainly take place in the city, but the story also moves to the university area, hospital, and the dungeons of the train station. Based on the location of the particular action, the lighting of the storyline is selected to intrigue, and partially obscure the viewer. As a result, the viewer is deliberately forced to watch the movie to the very end if he/she wants to fully understand the story. 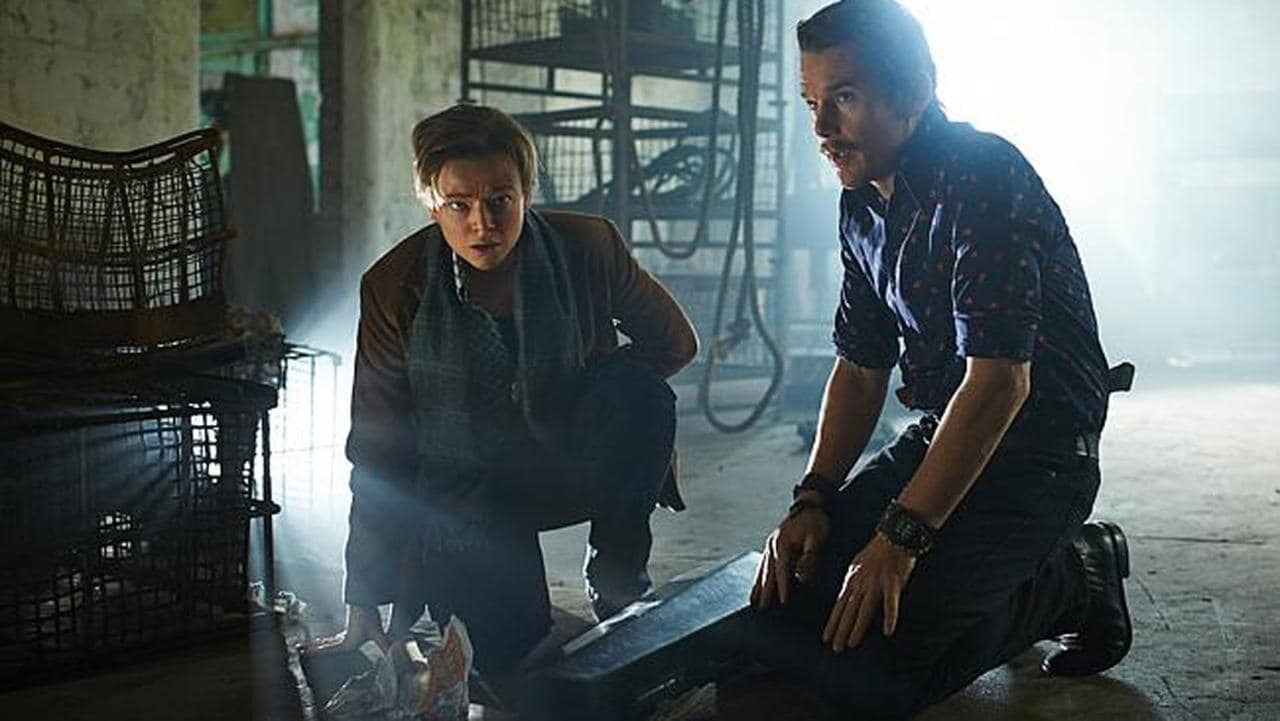 The movie’s structure deviate from the classic: set up-confrontation-resolution structure. Although everything is finally explained at the end of the movie, based on the Predestination Paradox theory, it seems as if the film has no specific end. The Predestination Paradox indicates, that “any attempt by the time traveller to change events in the past would subsequently result in that person playing a role in creating the event they are trying to prevent, not changing it”. As a result, having the protagonist take revenge on a man who has destroyed his life, he only continues to extend his own circle of existence by becoming what he despised. Such a turn of the events leaves the viewer questioning what has actually happened and finally understand the relationship between the main characters.

Predestination features an engaging, yet complicated storyline, that makes the viewer stay focused throughout the whole movie and track every event, which reveals more and more fascinating information about the main characters. New twists of the storyline encourage the viewer to think about situations, that have been hardly thought about by anyone before. The unique stories of the characters’ lives enthral the viewer and urge to stay focused until the very last scene. Predestination should really be of interest to people, who tend to see events from different angles and are determined to obtain new thoughts, theories and ideas. For those who want to see something original and unexpected, watching this film is a necessity, but one must be determined for all possible surprises.