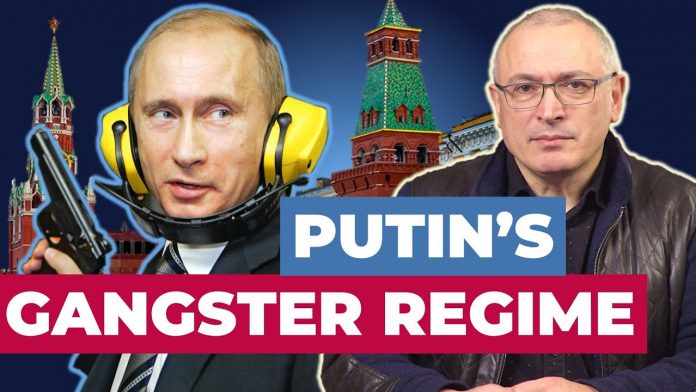 If I had to summarize Putin’s regime in two words.. it would be: Gangster regime. Every classic movie about gangsters involves police working for the bad guys, racketeering, money extortion, making sure that witnesses are silenced and threatened, controlling all lucrative businesses and so on. Putin does it all and is the boss of it all.

Russia has a government, but it’s mostly run like a criminal gang. I mean, you see ordinary politicians, but behind their backs you’ll always find one of Putin’s cronies, looking out for their own selfish interests. And nowadays.. their interests are pretty much everything. That’s why they force through laws that make them richer and more powerful. It’s easy when you control judges, politicians and police. And who cares if they destroy the country and ruin the economy.

Above all, they deprive ordinary citizens of feeling like they have even the most basic rights. They need to keep everyone in a constant state of uncertainty and need. This breaks their will to rise up. Violence. Putin’s mob doesn’t know any other strategy to resolve its problems. A

nd it’s not just beating up some random protesters, it’s killing, kidnapping, poisoning and illegal imprisonment. They have nothing to fear, no morals, no obligations to the people, only to money and their godfather, Putin.

Come on a journey with me, deep into Putin’s Gangster Empire.

Is the leader of North Korea really as cruel as the Western media portrays him to be?