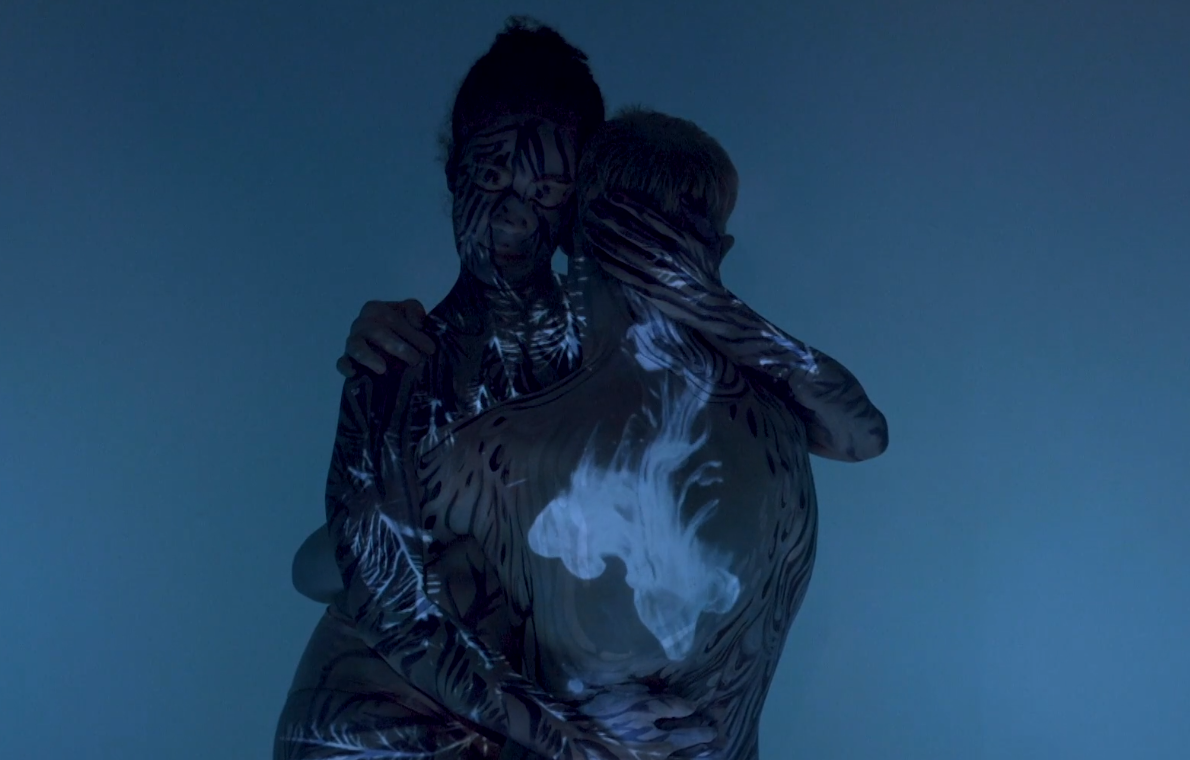 “Long Winter” – short experimental art film about human and nature relationship, where human bodies are expressed as landscapes and parts of nature.
The film speaks about winter time in Scandinavia, the natural death, sleepiness and awakeness in its long darkness and short lights, where magic and love happens.
Human bodies build landscapes which transform through visual projections, bodypainting and body movement inspired by butho dance.

This art film brings you back to its roots where we came from and makes you to fall in love with nature´s magic and to see things in other perspectives. The 14 minutes film put you to calm and relax motion because of its visual look. Probably not yet such art forms combination of bodypaint and visual projections at the same time has been created yet.