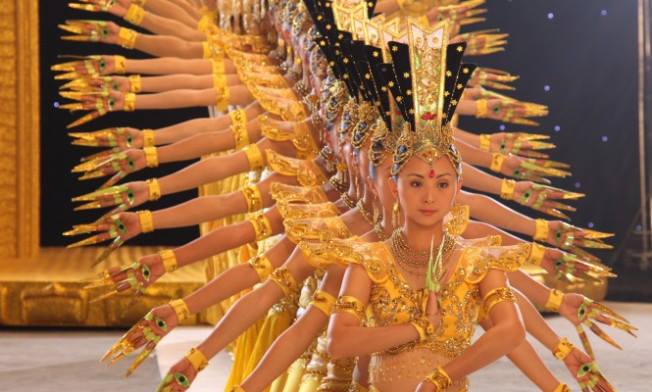 If you feel tired from the routine, don’t rush to the psychologist or SPA center. It is quite possible that the documentary “Samsara” will be the perfect therapy for you and bring you to a new life. Even the name of the movie (Samsara – the circle of life) says that something extraordinary is waiting for you.

There is no script, no actors and no words. And no need for them! It looks like the script, actors and words aren’t necessary if you want show beauty, greatness, paradox and sarcasm. Yes, I must admit that at first you will miss words but later you will forget about them. Soon you will remember the fact that you are in cinema just because other people will be eating popcorns.

This movie was filmed for five years in 25 countries and you will feel that too. The views are fabulous and soundtrack is really authentic. They are also quite stunning and if you think that in many ways the real view is better than view on the screen, you can just imagine the feelings people who really were there felt.

Landscape is fazing, the qualities of shots are dazzling, and exotica leave us breathless but while you are enjoying these things you start to think “where are they?” This question probably will not appear for those who can be proud of their knowledge in geography. But for those who have nothing to be proud in this area (for example – me) this question will pop.

On the other hand, it is therapy. There is no point to think “where these places exist?” You just need relax and enjoy. But if you wish to know where these things are, is stronger than the wish to relax, you can always use Google and find out.

a still from the movie “Samsara”

Only those who sink gulp for air

Sure, soundtrack is perfect, views are stunning but for how long it can impress the viewer? You can’t moan all movie long. A person who was sinking also will not breathe deeply the rest time of his life. So, it looks like the movie has just begun but it doesn’t make impression anymore. “Wow it beautiful! It so beautiful!! Amazing! Nice… nice again…” Enthusiasm is going to fade and somehow you begin to wonder what time is it.

But we can’t say that makers of this movie didn’t see that. Actually, they tried to solve it. Contrast, irony and paradox take viewer attention and suddenly it in not boring anymore. Slowly the idea of shifting values will reveal itself and somehow world becomes similar to absurd comedy. The idea of this documentary is wonderful, however, it is not revealed so quickly as you may wish.

“Samsara” – is the really good therapy but it doesn’t give too much information like a documentary. “Art – documentary” – would be closer term to describe “Samsara”. But if it is the real documentary, they need to show us not only the breathtaking views but also the names of these views.

Anyway, watching “Samsara” is an amazing experience which you shouldn’t miss.  It looks like the whole world is in this one movie – secret, unfamiliar, wild, overwhelmed and devastated. So you should watch “Samsara” just to calm your simple human curiosity.