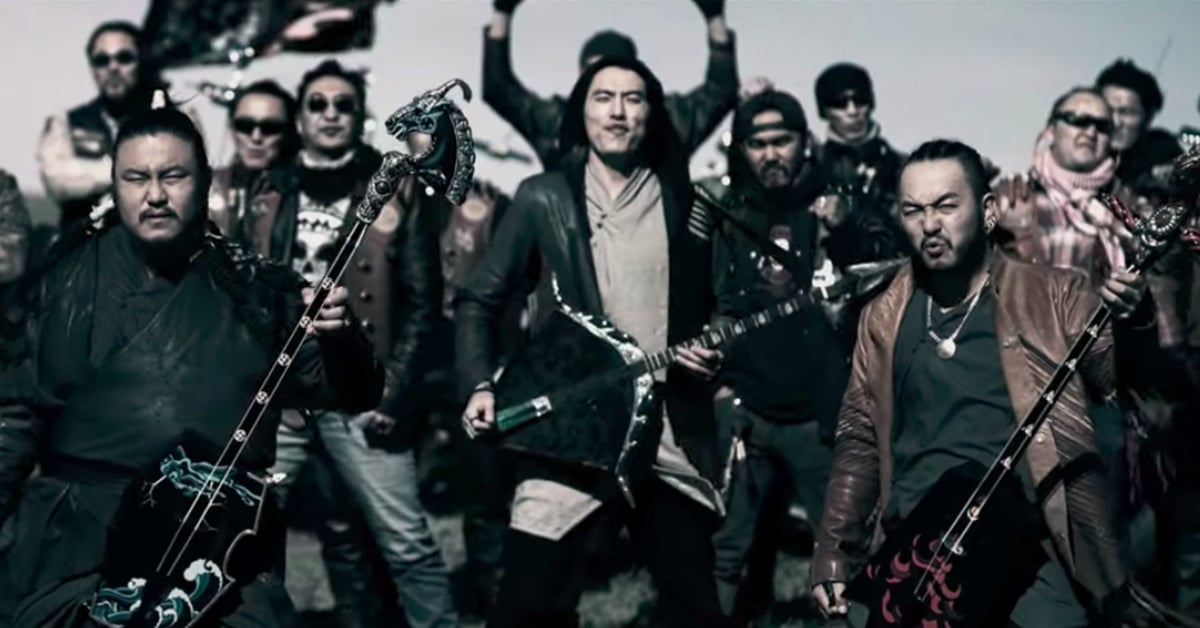 If someone mentions Mongolia, you will probably picture angry soldiers on horses or beautiful far away lands but not young men playing various Mongolian instruments and throat singing. These days new musical winds are the things that draw attention to country. Ethnic heavy metal band “The Hu” perfectly fine represents their home and Mongolian heritage and successfully makes their way to music industry.

Mongolian is hardly the language that majority of population speaks or at least have ever heard it. That fact does not stop the group from some great achievements. The band was brought together by known producer in Mongolia – Dashka – and the great story began. After few years of mastering their sound and music their career really took off. On 28 of September 2018 on groups official “Youtube” channel their first ever official music video was uploaded. The song called “Yuve Yuve Yu” met the expectations : the comments were great with many people appreciating unique sound and cultural background. Today the song has over 19 million views. Even better results were scored with the second band’s song named “Wolf Totem” which today not only has over 13 million views on “Youtube” but also debuted number 1 on Billboard’s Hard Rock Digital Song Sales chart.

The achievements are quite amazing for a group that new and unrelated to Western music industry. The biggest draw to them is probably the intrigue: the sounds, instruments, language create an interesting picture of the land that many never visited. As audience when we listen to these songs our imagination is unlimited. The unique performance style which is called “Hunnu Rock” helps to distinguish this group from many other ethnic rock groups which are popping now a days all over the continent.

As a new face in music industry “The Hu” is already lucky. As a views on music videos grew and positive and encouraging comments continued to come in, the European tour was planned. The 23 concerts were planned in 12 countries all over Europe and United States. The group performed in Chech Republic, Poland, Lithuania, Switzerland and when fall starts the performances will be moved to various big cities in America. New song called “Shoog Shoog” was released in July 2019 and first ever studio album is already in the works too, so the group stays busy even while on tour.

Music is a big part of Mongolian culture and “The Hu” that fact even confirms. We can only guess that Mongols love the attention their home country band is getting and they are not the only ones. It’s great to see an unique sound and new faces carving their ways to the top.

You May Also Like: Extravagant trio from Britain – “The Tiger Lillies”