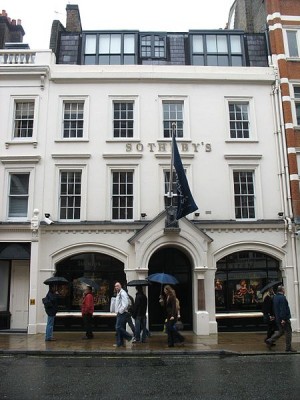 Art is an expensive thing… Good art is very expensive. Would you pay 87 million dollars just because Mark Rothko elementary tree color combination would decorate your house interior? Or maybe you will not grudge 48 million dollars for Raphael diptych which was created in Renaissance period?

So, this time I introduce the hardly believable prices of the Art Auction Sales of the last year and while you will be reading, you can decide whether you love art so much.  Let‘s see how much money people pay for good art and also, let me introduce some facts about the authors of these expensive works.

2. Mark Rothko “Orange, Red, Yellow” – $87 million. AUTHOR: Mark Rothko is an American painter of Latvian Jewish descent. He is generally identified as an Abstract Expressionist, although he himself rejected this label and even resisted classification as an “abstract painter”. ARTWORK: Souren Melikian of The New York Times described Rothko’s Orange, Red, Yellow as one that “…can convincingly be argued to be the most powerful of all his pictures”. Kelly Crow of the Wall Street Journal stated that “The painting’s trio of orange and yellow rectangles bobbing atop a cherry-red background forms a palette that’s as eye-catching as a sunset or a Popsicle”.

3. Mark Rothko “No. 1 (Royal Red and Blue)” – $75.1 million. ARTWORK: is seen by critics as one of the finest examples of Rothko’s characteristic style – a seemingly simple, but arresting juxtaposition of blocks of color.

4.  Raphael “Head of a Young Apostle” – $47.8 million. AUTHOR: Raphael is an Italian painter and architect of the High Renaissance. His work is admired for its clarity of form and ease of composition and for its visual achievement of the Neoplatonic ideal of human grandeur. ARTWORK: that depicts one of the primary figures from Raphael’s “Transfigurations.” Created circa 1519-1520.

5.  Roy Lichtenstein “Sleeping Girl” – $44.9 million. AUTHOR: Roy Lichtenstein is an American pop artist. His works defined the basic premise of pop art better than any other through parody. ARTWORK: The painting is based on the 1964 comic book series Girls’ Romances edition #105 published by DC National Comics. The artist for the original panel was Tony Abruzzo.

6. Francis Bacon “Figure Reflected in a Mirror” – $44.9 million. AUTHOR: Francis Bacon was an Irish-born British figurative painter known for his bold, graphic and emotionally raw imagery. Bacon’s painterly but abstracted figures typically appear isolated in glass or steel geometrical cages set against flat, nondescript backgrounds. ARTWORK: The painting incorporates some of Bacon’s most important themes and iconography. It shows a male figure in white underwear who bears a resemblance to the artist’s lover George Dyer, who killed himself on the eve of Bacon’s important retrospective.

7. Claude Monet “Water Lillies” – $43.8 million. AUTHOR: Monetwas a founder of French impressionist painting, and the most consistent and prolific practitioner of the movement’s philosophy of expressing one’s perceptions before nature. ARTWORK: A work is from Monet’s “Water Lilies” series, depicting a pond in Giverny, France.

8.  Andy Warhol “Statue of Liberty” – $43.7 million. AUTHOR: Andy Warhol was an American artist who was a leading figure in the visual art movement known as pop art. His works explore the relationship between artistic expression, celebrity culture and advertisement. ARTWORK: The statue is depicted 24 times, in four rows of six images. Silkscreened in red over green ink on white background, the work has a three-dimensional effect. “If you put on 3-D glasses, it becomes a grainy, black and white 3-D photograph,” said Brett Gorvy.

9. Franz Kline “Untitled” – $40.4 million. AUTHOR: Franz Kline was an American painter mainly associated with the abstract expressionist movement centered around New York in the 1940s and 1950s. ARTWORK: The untitled piece belongs to the series of black and white abstractions for which Kline is known, combining aggressive brushstrokes with simple forms reminiscent of Japanese calligraphy.

10. Andy Warhol “Double Elvis” – $37 million. ARTWORK: Double Elvis originally belonged to a long, continuous canvas of Elvises that was later cut and stretched into multiple paintings. The artist’s interest in film might explain why he created Elvis in double – the singer/actor appears to be moving back and forth, as if in a film strip.