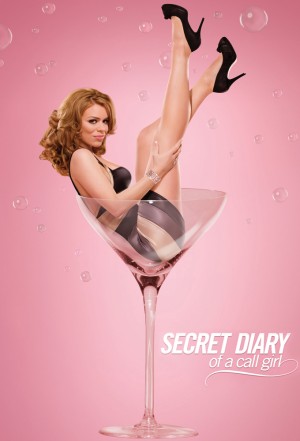 All who doesn’t like to watch through the keyhole rise your hands up. Yes, not much hands. But you know why?

There is no need to watch through the keyhole when we have such big holes like monitors, TV or cinema screens and we stare at them from morning till evening. We follow how strangers communicate, their fates and sometimes even most intimate sex scenes. You never do that? Indeed? Aren’t you afraid that your nose will became like Pinocchio?

British serial ,,Secret Diary of a Call Girl“ is created on the strength of scandalous novel „Belle De Jour – Diary Of A London Call Girl“, it looks like it is intentionally made just for that all voyeurs and gossip carriers couldn’t take their eyes from moving pictures. Series is definitely not for children, but quality and professionalism criteria are retained on the highest level. British humor pours over the edge, scene after scene, adventure after adventure. Word „taboo“ for serial creators doesn’t exist. It is spectacle for which is really worth to waste evenings by the magic box.

In this story everything rotates around the main character Hanna (Billie Piper), who for people around presents itself as secretory, who works in in solid law firm. But Hannah real clients know her better like high class hostess with playful pseudonym – Bella. Not Hanna but Bella does variety of dirty things from which more sensitive eyes can irreparable turn red and you could not say a word to your friends about part of the serial that you watched yesterday.  What I like about Bella is that infinite devotion to your profession and that, how serious she looks at her position. Doesn’t matter if client wants sex in the coffin or to smutch from head till legs in food residues or even dress like a newborn and be breastfed, Bella does everything  flawlessly. I start to think that if she even half of that responsibility and endeavor would be devoted to handle her personal destiny her life would be different now. So, the evaluation.

Originality: well really not „ La Traviata “ or „Moulin Rouge” story. Everything, for instance, is more modern. 5/5

Plot: strange, but there is a plot in the serial. That is not only endless sex scenes. There is much attention to the personal Hanna life. 4/5

Atmosphere: how can you evaluate spectacle atmosphere if after watching it looks like you participated in all events? Exactly – highest grade. 5/5

Satisfaction of the view: well it is as to whom. You can be almost certainly that despite whether viewer will enjoy or resent visible images, emotions will be strong. 5/5