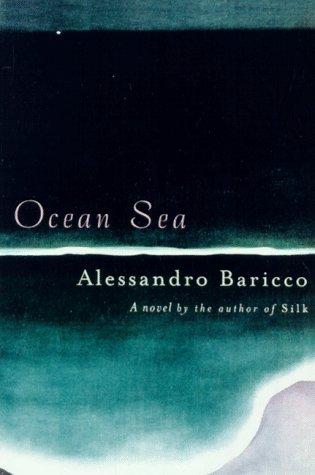 Alessandro Baricco’s Ocean Sea, weaves more than just the tales of assorted characters in their stay at a remote seaside inn, but rather it weaves together the tales of life past and present, infused with magical realism and its romantic charm.

The 1993 novel, translated in English and published in 1999, offers many sides to the same series of events, like a cubist approach to detailing accounts of events contained within his narrative. Following the individual stories of the various hotel guests, Baricco constantly changes his form and tone with language, simulating the attitudes and psychology of his characters. By harnessing the capabilities of his cast of personalities, he also demonstrates his skill in mixing the stories amongst each other, showing where they cross and overlap with one another.

In the general sense of the narrative, Ocean Sea depicts the Almayer Inn, a place where ‘the guest’s signatures lay open on a wooden bookrest. A freshly made bed of paper that awaited the dreams of other people’s names’ (14). In the hotel, a dreamy, mystical group of children seem to run the business, appearing often at times of work and of play, engaging with guests to test their dreams, thoughts, and ambitions. Among the inn’s guests, a doctor, a Professor, a painter, a sick daughter, a sailor-turned-hunter, a woman recovering from adultery, all coming together in the magical confines of the Inn. Exploring the vast enormity of the sea, the unending, unquantifiable magnitude of the heart of the Earth, these individuals slowly reveal themselves to each other in a series of escapades and routines about the Inn and it’s seaside.

There’s Plasson, who paints nothing but the Sea, and all of whose paintings look like blank canvases to many others; Bartleboom, the Professor, attempting to write an encyclopedia on the limits of nature; Dr. Savigny, a man of medicine attempting to cure the young Elisewin, herself a victim of an unexplained depression and inability to feel and see; Adams, the hunter, and man-with-a-tragic-past; Madame Deveria, whose husband exiled her to the Inn intending for her to ‘find herself’; Father Pulche, a priest in spiritual crisis; and the children, Dood, Dol, and Dira, who run the hotel.

But, among the intrigue of individual stories and charting the points at which they come together, walk with each other, and break away and go their own ways over the course of the narrative, the most striking aspect of Baricco’s work comes in his mastery of form and poetics. Utilizing a lyrical approach, Baricco consistently jumps back and forth between styles, going from simple prose description, to an interspersement of unaligned dialogue between characters, to letters and diary entries of an individual guest, to the spoken prayers and poems of the preacher, all nine thousand, five hundred and two of them.

For instance, in Ann’s letter to her lover, Andre, she writes: “recover is too small a word for what happens here. And too simple. This is a place where you take leave of yourself. What you are slips away from you, bit by bit. And you leave it behind you, step by step, on this shore that does not know time and lives only day by day, always the same one. The present vanishes and you become memory. You slip away from everything, fears, feelings, desires: you keep them, like cast-off clothes, in the wardrobe of an unknown wisdom, and unhoped-for peace. Can you understand me? Can you understand how all this — is beautiful?” (182-183).

It is with this lyrical prose that Baricco ultimately reveals his mythical feel to readers. Accessible by nature of illustratory wording and agreeable length, the novel offers an opportunity to reflect on the individuality of each of our experiences.  Can we come together in a place where we share ourselves with another?  In Baricco’s work, the worlds of each are defined by a number of events in the chaos of a single life. So how does one think about the chaos of a billion lives, all lived alongside each other at the same time, everyday?  Thus, in crafting this magical narrative and the tales and episodes within, Baricco affords readers a rare gift in the form of a 240 page novel: a meditation on the fragility of our lives, our own individuality in perspective and attitude, and, juxtaposed against the inevitability of the Sea and her powers, a small insight into the tiny role each one of us plays in the larger puzzle of life as we know it.